But first, a quick update on the apple coffee cake I made yesterday with white beans.  The turned out okay for the most part, but I made the mistake of baking it in a decoratively shaped bundt pan, and it fell apart as soon as I went to plate it.  The crumb was okay, and overall it was beautifully moist, though the fresh apples I put into it pushed the cake to a bit too far in that direction making parts feel a bit under-baked (it wasn't but the apples were soft enough to soak into the crumb enough to give it the impression).  I think next time I try making a white bean coffee cake I am going to leave out the fresh apples, use a bit more all-purpose flour to fortify the batter, and whip the egg whites separately and fold them in at the end.  Plus, no more decorative bundt pans for new recipes. That's the second... well, possibly third... or fourth time I've attempted a new recipe in one, and every time I end up having to scoop out parts of it.  So yeah, no more of that. Well... maybe. There is one pumpkin recipe that I really want to bake in my pumpkin shaped bundt pan.

At least the flavor was good.  I wouldn't have known that the coffee cake was made with beans had I not made it myself. So there's that.

And now, on to the day's writing prompt: Repairs.

What an interesting topic for a writing topic - repairs.  What have I attempted to repair, or repaired successfully? Many things, really, and covering quite the variety of "items" (from cakes to cars and quite a few things in between). 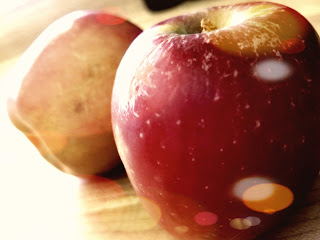 Today I plan on trying my hand apple coffee cake made with white beans as a partial substitute for flour.  I've heard good things about using beans in cakes, and I tried a black bean brownie once that was absolutely delicious and fudgey.  Since I don't particularly want a coffee cake with a fudgey consistency, I'm adjusting a few things in an attempt to bring a more airy texture to the final product. I guess I'll see how successful I am at the end of the day.
Read more »
Posted by Dawn M. Keiser at 6:57 PM No comments: 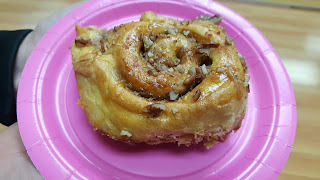 Spicing it up - my approach to mixing spices

Before I continue, I should probably put down a disclaimer about spices I use for my original recipes:  I don't measure out my spices.

I know, I know, how terrible, right? I also almost never follow spice measurements from recipes when I'm cooking either (not when baking, though - I follow the recipe at least once when baking).

Most of a lifetime of lurking near a stove or taking up space in a kitchen has infused me with a pretty solid sense of what flavors mix well according to my tastes.  That's the big caveat, I know what I like and I cook to that preference - a touch more salt (pink or sea salt), a dash of extra cayenne, a light hand with coriander, toasting cinnamon sticks before grinding, a cupboard full of cloves and cardamom and star anise.... Little preferences here and there that I've found work well with my casual culinary style.  The other side of this is that I don't always have the spices I want or prefer for a recipe on hand, so I've become quite adept at experimenting until I find a another herb or spice that works well enough instead.

I highly encourage those with the budget or bravery to head to their local spice store, community grocer, or unexplored cultural marketplace (there's an Indian grocery not far from my house that I particularly like) and spend some time in the spice aisle.  Look at what's available, look up anything that isn't familiar, pick one or two to try out.  Start small and find highly rated recipes.  Then move on from there.

I like buying whole spices when I can, and grinding them at home. While it's possible to toast pre-ground spices, I find it easier to toast whole spices then grind them. I put them on a baking sheet lined with parchment paper, pop them in the oven for a few minutes with the door just a touch ajar (the optimum temperature will depend the oven and humidity, but I usually start with 175*F).  I don't toast every spice I plan on using.  Generally speaking if it's green, I avoid toasting, if it's red or brown, it usually hits the heat before I grind it up and add to the cooking.


Endnote: I may turn this into a Page, but until then I plan on coming back and adding to this post with further suggestions, experimental recipes, new discoveries, etc. So check back periodically, as there is more to come!

I love the color yellow for kitchens.  The first chance I got to pick wall paint colors for the house I was living in I pointed to a soft, daffodil yellow and said “I want that for the kitchen.”  There was no question about it, and the next time I can paint my kitchen - it will be to as close a yellow to that soft, happy sunshine color as I can find.  It can totally transform a drab, dark kitchen to an open, bright space, which is good for me because I spend a lot of time in the kitchen.  Who wants to cook in a kitchen where even the walls seem lackluster and dreary?

Yellow only belongs in the kitchen though, as a wall color at least.  Too bright for a bedroom or even a communal space, I fully believe yellow paint should be used sparingly, letting other less brilliant pastels soften the edges of each room in a house.  The kitchen is the room that needs that little bit of extra sunlight, or at least the appearance or feel of the sun streaming through the windows.

Steak Stew - A bowl of community

2016 is over and gone, 2017 has begun.  I decided to start this year with a recipe post - my own stew recipe that I make once a year.  Stew Day, as it has come to be called in my house, is the day in which I take out the biggest pot I own and make enough stew for a small army.  After about 5 hours of prepping and cooking, family and friends descend upon my house - sometimes with bread or salad or other side dishes - and we make merry until the last of the pot is gone (only once has there been a little left over for the next day, and that was when I made 3 pots of stew and set some aside to give to friends who could not make it).

Stew Day in my house is about community, about coming together to renew our strength as kith and kin over bowls of steaming hot steak stew.  For that reason it seemed like a good recipe to start the year with.